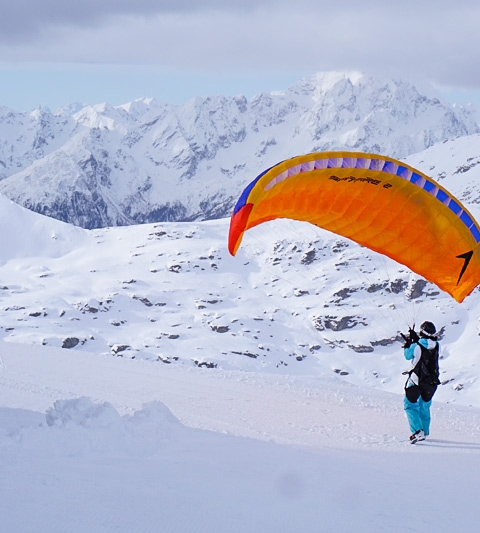 The SPITFIRE has established itself over recent years as the benchmark in speed riding and this glider is an icon in its category. Our development team has been working intensively with the Swing speed flying team on the evolution of the Spitfire1 and has optimized this wing still further.

The result is yet another milestone, the Spitfire2. This is a further commitment to the speed riding community and caters even better for pilot needs.

The Spitfire2 is a true speed rider. It feels completely at home on the snow-covered slopes in mountain regions with its direct and uncompromising handling. The shortened lines and the lightweight construction using the hard-wearing and waterproof-coated 20 dtex fabric transform the pilot and glider into one, allowing complete focus on finding the best line. Once again we have been able to use the control lines and extended trim travel to increase the glide angle window considerably. The result is a new and previously unmatched dive, with almost the same glide as the Mirage. The new Swing Design 2015, 3D seams and a reworked riser with extended trim travel by opening the stitching round off the new Spitfire2 and make it unique in its class.

The Spitfire2 is aimed at pilots who concentrate on speed riding and at dedicated fans of ‘swooping’ who would also like to launch without skis from time to time.

In direct contrast to the Spitfire 2, the Mirage is the all-round glider for enthusiastic speed flyers and for foot-launching. Its special features mean that it has strengths not only for the summer season – it also cuts an impressive figure in the winter when used with skis.

Compare the features of the Spitfire 2  and see for yourself. 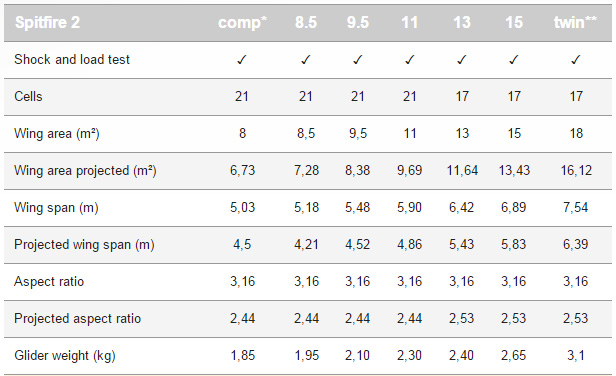