Ozone Rapido to be released soon 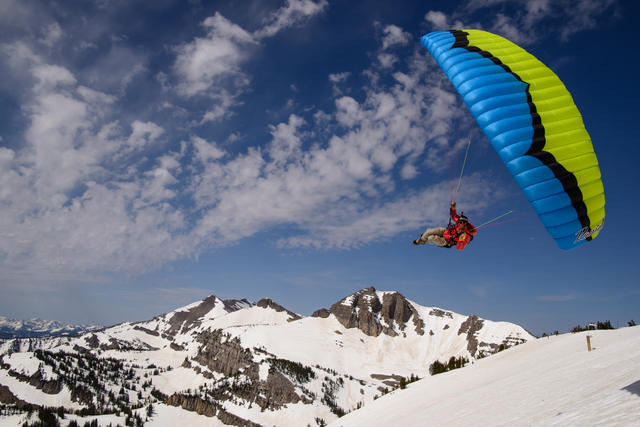 As speed flying and speed riding wings have evolved, so has pilot skill, experience, and methodology. The Rapido is a new design for pilots who are pushing the limits of steep carving flights, low barrel rolls, and long swoops. With a slightly higher aspect ratio and a more dynamic and agile character than the Fazer series, the Rapido is designed specifically for experienced speed flying pilots. A wider glide range and a higher trim speed and wider acceleration window set this wing apart from the other speed wings in our range.

•• Steeper angle of attack with trimmers out

“The Rapido is an entirely different animal from the Fazer series. It is more efficient but at the same time can be flown at steeper angles. The swoops are crazy, and it’s possible to pull barrel rolls without even losing altitude. This is an incredibly dynamic and exciting speed wing to fly – compared to other advanced wings on the market, the Rapido has more direct control input, a more compact feel, and a firmer and more sensitive feel on the brakes.” -Cade Palmer, Ozone Team Pilot

“This wing is a significant step up from the Fazer series, and I love the range on the trimmers – I can fly super fast lines in both flatter and steeper terrain than is possible with lower aspect ratio wings. The tradeoff is that the overall handling is more advanced, but the possibilities of this wing are massive.” -Malachi Templeton, Ozone Team Pilot

The Rapido is meant only for experienced speed flying and speed riding pilots, and is not acceptable for beginners or pilots who are new to speed flying, speed riding, or paragliding. The Rapido requires active piloting: even though the wingloading of speed wings generally contributes to stability, the Rapido is meant only for experienced pilots who are able to effectively pilot their wing in active air. Skydivers without paragliding experience or low-airtime paraglider pilots may not have the skill and experience to safely pilot the Rapido in active air. The Fazer series remains the optimum choice for pilots who are entering this exciting branch of paragliding.