Learn at the Largest Speed Flying School in the World

Located in sunny Southern California, Soboba is regarded as the ultimate speed flying training destination. We fly every day! Come join us and experience for yourself the exhilaration of this new sport. With vehicle and trail access all the way up a spectacular 2200′ mountain, combined with year-round excellent weather, Speedfly Soboba is the place to crank out the flights. Show up as a beginner and you will have intermediate skills within a week of flying! 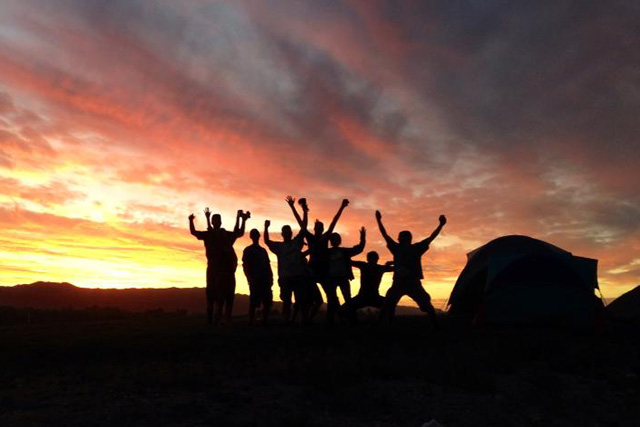 There’s Something about Soboba

Find out more about our mountain, facilities and people that has given Soboba such a great reputation in the paragliding community. 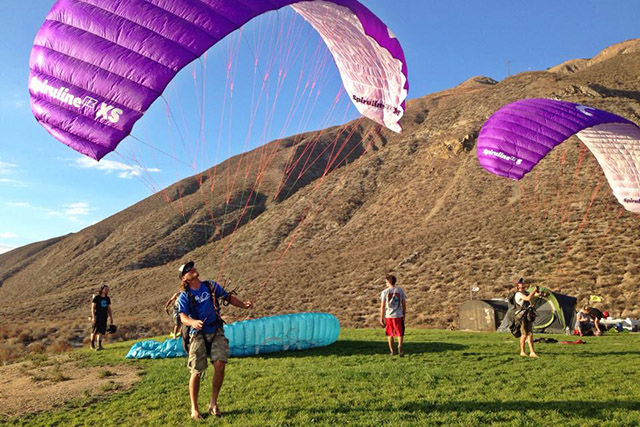 The Journey to Becoming a Pilot 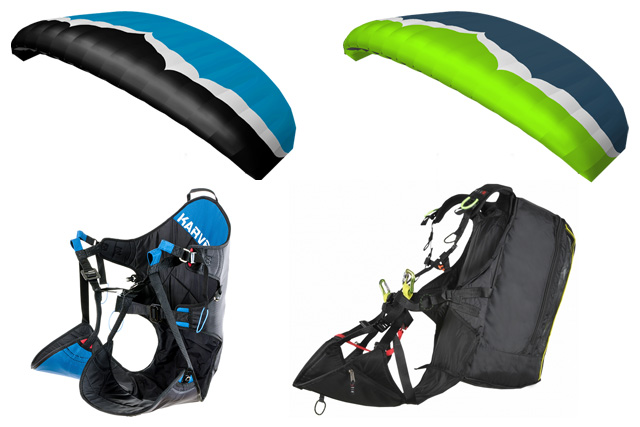 What is Speed Flying?

The roots of this young sport go back to the late 90’s when skydivers started “ground launching” their high performance canopies for the purpose of “swooping” long portions of downhill terrain. This was superior to the short swoops they could achieve when landing from a skydive. It was also a lot cheaper!  Although these high performance canopies had great flying characteristics, they were not meant for inflating in this fashion, and the paragliding industry saw the opportunity to develop wings designed specifically for this purpose. Other great advancements included the addition of adjustable wing pitch (trimmers), highly efficient airfoils and a variety of harness designs. The early community of pilots adopted the name Speed Flying for this brand new sport. It has become the easiest and least expensive flying sport to learn, but is also one of the most exciting!

Like any other flying or adventure sport, there will always be risks, which can be managed and minimized with the right training and attitude. A pilot with modern gear and good judgement can fly injury-free well into old age. Of course, you can also take the opposite approach, continually scaring yourself, and perhaps get lucky enough to escape injury. We obviously don’t condone this behavior, and steer well clear of those who do.

How long does it take to learn?

One of the greatest beauties of Speed Flying is how quickly it can be learned. A complete beginner with no previous flying or skydiving experience can develop the necessary skills to fly safely on their own in 5 days. We have over 400 past students that can attest to this!  This is possible because Speedfly Soboba is blessed with the ultimate training location: a massive and perfectly sloped Southwest facing mountain with a large privately owned landing area at its base, 4 minute ATV rides to launch, awesome Southern California weather, and a progressive attitude of the local pilots and instructors.

How is it different from paragliding?

Speed flying pilots are looking to zip down the mountain fighter pilot style, while paragliding pilots are trying to strategically capitalize on varying types of natural lift in order to climb high and fly far. One analogy would be comparing wind surfing to sailing a large boat. The core difference between speed flying and paragliding equipment is the wing size. But this translates into major differences in the difficulty of managing the wing in the various flying scenarios. The smaller wing will require quicker reaction times and more finesse with the higher speed landings, but the larger wing is harder to wrangle when launching and much more susceptible to turbulence and drift.

How much does the equipment cost?

One of the biggest reasons for the rapid growth of Speed Flying is the relatively low cost of the equipment. It is by far the least expensive flying sport. A complete kit consists of a wing, harness and helmet. All of this can be purchased brand new for under $2500. By comparison, you are looking at $5500 for a complete paragliding setup, and even more for a skydiving rig. BASE jumping gear can be had for about the same as speed flying gear, but you need to first spend $15,000 in skydiving training, equipment and 200 jumps to be ready for BASE. Don’t get us wrong… we do all of these other sports and love them, but speed flying has by far the biggest bang for the buck.

Do you teach paragliding and paramotoring too?

It looks so easy. I can just get my buddy to teach me, right?

We get it. The money spent on training, and possibly travel, could go toward your gear!  But it’s also highly likely it could end up going toward hospital bills and lost income while you are stuck at home healing from a broken bone. Or worse of course. The statistics of the sport are very revealing: over half of the pilots that were trained by a buddy or themselves ended up with life-pausing injuries in the early stages of their flying career. Even the ones who made it through unscathed admit they wish they would have gotten proper training. We have been refining our training program over a period of many years and hundreds of students, and it keeps improving. Our focus has been on 3 key areas: instructors that are patient and adaptable to various student personalities and learning speeds, multiple training hills and launches for a safe progression, and a large inventory of student wings ranging in size from 14-24 m. We feel great about the program we have developed, and think you will too!

What are all the different types of wings?

Proximity wings are meant for going downhill, fast. Their design is more like that of a high performance parachute, with cell counts in the 16-22 range and aspect ratios less than 4.0. There is less lift created by these wings and therefore it is easier to fly close to terrain without the wing trying to constantly fly away from the mountain. When you come out of a hard turn, a proximity wing will continue to dive. These are the fighter jets of speed flying wings.

Mini wings allow pilots to fly for extended periods of time by capitalizing on ridge lift. They incorporate design traits of paragliding wings, with cell counts ranging from 26-44 and aspect ratios greater than 4.0. The result is an airfoil with good lift. Mini wings are capable of very quick maneuvering, and have a tendency to climb out of steep turns. These wings will give the pilot more of the feel of a hawk swooping along a ridge, diving and then climbing upward to do it over and over again. Mini wings require a higher level of pilot skill to fly safely.

Hybrid wings fall in between these two categories, and offer a well balanced blend of their flight characteristics. A hybrid wing can be a great first wing for this reason, and typically will stay in a pilot’s quiver even as they acquire more wings over time.

Since we would never sell a mini wing to a new pilot (in some rare circumstances it would make sense), the choice comes down to either a proximity or hybrid wing. When making this decision, it is worth noting that you can do some proximity flying with a hybrid wing, but you really cannot “speed soar” a proximity wing unless the winds are howling. Eventually you will own both (and down the road a mini wing as well) to be able to enjoy all sites and conditions.

Are there Speed Flying ratings?

How much does it cost to fly at your site?

The day fee is $10 and quad rides are $6. Annual memberships are $65, with pro-rated discounts later in the year.

Can I camp there?

Yes!  Camping at Soboba is a big part of the overall experience. There is a kitchen and solar heated shower available. We also keep two tents on hand for visiting pilots that do not want to travel with too much gear. Camping is $5 a night, and reservations are not required.

Can you recommend any hotels?

Our recommendation would be either the Vagabond Inn as the value option (~$45), or the Quality Inn as an upgrade (~$80). These are both 5 miles away in Hemet.

Ontario International (ONT) is about 50 minutes from the site. LAX and San Diego are both an hour and 45 minutes with no traffic.

Can I avoid renting a car?

It is possible if you are willing to deal with a few hassles. To get to the site you would first need to ride Super Shuttle from Ontario to Beaumont, then contact Uber to get you the rest of the way. The supermarket is 2 miles from the site, and other pilots will give you a ride there if you are flexible on timing.